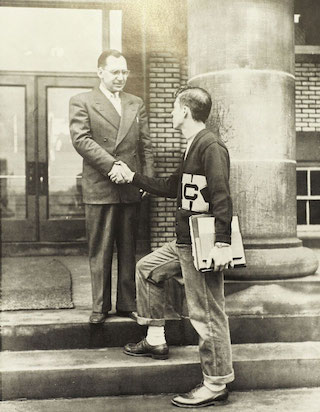 The first known Stark Campus student newspaper was called the Canton Kent Stater. The first issue presented here was published in September of 1949 and is listed as Volume 4, Number 1. Because it was contained in a bound volume with all of the issues published during the 1949/1950 school year, it also served as the yearbook. It is speculated that volumes 1-3 may have been yearbooks and not student newspapers.